Are you shopping for an electric pressure cooker to add to your kitchen? Each year Instant Pot releases a new model or two. Here’s a comparison of the differences between the Instant Pot Lux vs Ultra side-by-side.

Instant Pot designs each of its electric pressure cookers to be dependable, convenient, and safe. Each year the company releases a new model or two. And from time to time different discounts are promoted. Each Instant Pot model has some variations that might make you want to choose one over another.

And if you’re trying to decide two models when you find a great deal, it may be difficult to choose. Let’s take a look at the Instant Pot Lux vs Ultra side by side.

The 5 differences between the Instant Pot Lux vs Viva include:

Dig deeper into the comparison between the two models to look at the appliances combined, smart programs included, and other relevant stats.

And one more note: this post contains affiliate links. This means I may receive a small commission if you buy through my link. You won’t pay any more if you use this link.

What is the Instant Pot Electric Pressure Cooker?

An Instant Pot® is a smart multi-use electric pressure cooker designed to be dependable, convenient, and safe. One of the most important things to look for in a pressure cooker is safety. Each Instant Pot has at least 10 safety mechanisms built in.

You will cook your meals up to 70% faster and using less energy, making it an energy-efficient kitchen appliance. The other benefit is you won’t heat up you kitchen in the summer either.

The Lux and Ultra are just two of the various models the company sells. Both models have been available for several years with the Ultra being the newer of the two, originally released in 2017.

Specifically, you may be considering the Instant Pot Ultra vs Lux and trying to figure out which one is better. Or maybe how they’re different if you already own another Instant Pot.

What are the differences between the Ultra and Lux?

The Instant Pot Ultra model the company calls best for home chefs. And the Instant Pot Lux is their basic model with their core pressure cooker programs. Here’s a look at the key differences between the two models.

The Lux has one pressure cooking level

Most recipes won’t call for cooking at low pressure, but low can be used for cooking rice and certain types of fish. It’s nice to have the flexibility of pressure levels in case you do find a recipe that uses something other than high pressure.

Currently Lux is the only Instant Pot without a low pressure cooking option.

The control panels are different between the two models

The Lux has a traditional LCD control panel with push buttons to choose your cooking settings. You’ll see a similar control panel on the Duo and Viva models.

The Ultra was the first Instant Pot model to have an LCD display and turn-dial control panel. On this model you select your smart programs and customizations by turning the dial. The only buttons it has are for starting and canceling cooking processes.

On the Ultra don’t forget to press the start button to begin your chosen cooking program. The Lux starts automatically a few seconds after pushing the cooking program buttons.

The Ultra has an Ultra program

Each Instant Pot model has its own combination of features and smart programs. Looking at the Lux and Ultra side by side, the Lux has a subset of the Ultra programs.

It was the first model to give you a higher level of customization to the cooking programs.

The Lux doesn’t have the yogurt program

Instant Pot yogurt has become a popular dish to make the electric pressure cooker, along with hard boiled eggs. The Lux doesn’t have this particular program included. That’s not to say you couldn’t make yogurt in a Lux, but you’ll need to look for recipes called “cold start”.

The Ultra has a lid rest and auto-seals

The Ultra lid is different compared to the Lux as the Ultra has a lid rest and grab handle. The basic model has a different way of opening the Instant pot and you need to carefully place the lid on your counter when you’re done cooking.

The auto-seal feature of the Ultra is also nice to help prevent you from forgetting to take that step. On the other hand, the manual steam release on the Lux is easier to tap for a control quick release. The Ultra has a button you press down to release pressure when its done cooking.

Altitude adjustment is available on the Ultra

One of the system settings on the Ultra that sets it apart from other models is an altitude adjustment. If you generally have to account for the altitude in your regular cooking, this feature may be an interesting option for you. The setting may not apply to everyone, but take a closer look at the Ultra if you need to need to keep feet above sea level in mind while cooking.

The Lux will typically cost less

The Lux will typically cost less than the Ultra at the same quart size. And that can be useful depending on your budget and which features are important to you.

Be sure to keep an eye out for a flash sale or discount promotion. You never know when you’ll be able to save money on your purchase, including on the models with more features.

To go deeper on each model, here are the appliances combined included smart programs, and available sizes compared side-by-side. Aside from looking at a summary of the differences, looking at each element in detail can be helpful to your decision making process.

The appliances combined in each model

Each Instant Pot combines multiple kitchen appliances into one, saving space on your counters and in your cabinets. And of course, you save money by having one appliance to cover multiple cooking methods.

Let’s take a look at the appliances combined in the Instant Pot Ultra vs Viva:

The Ultra combines a few more appliances into one Instant Pot compared to the Lux. With the Ultra you’ll also have a sterilizer and a yogurt maker. All of the Lux smart programs are also available on the Ultra.

Instant Pot considers the Lux to be a 6-in-1. It also includes being a cake maker, a feature added in a refreshed version of the Lux. And since other Instant Pots with the cake program are considered cake makers, it’s noted here for a side-by-side comparison.

Smart Programs included in the Lux and Ultra

Instant Pot created smart programs to help you cook with the press of a button. The smart programs were created based on extensive testing to control heat intensity, temperature, pressure, and cooking time.

One thing to note when shopping for an Instant Pot, particularly the 3 quart mini models. They typically don’t include all of the start programs available in the larger models within the series because they have a small front panel.

When shopping for an Instant Pot, you should note that not all quart sizes will have all of the functions included in a series. The mini 3 quart has a smaller front panel and typically has a program or two fewer than its larger 6- and 8-quart siblings.

There are 12 smart programs included in the Lux and 17 with the Ultra series.

* The Cake and Multigrain smart programs are not included on the 3 quart models.

Which sizes are the Ultra and Lux available in?

These three sizes are the core sizes that many of the Instant Pot series are available in. There is one model available in a 10 quart size.

If you’re looking for the larger 10 quart model you’ll need to check out the Duo Nova available at that size.

What are your thoughts on the Instant Pot Ultra vs Lux?

When think about buying a new Instant Pot you need to decide between the features and sizes available, and what makes the most sense for your cooking needs and budget. Keep an eye out for promotions to help you save money on your purchase, but it may make it more difficult to choose between two Instant Pots. If you have an older model and are ready to upgrade, a good deal might give you the reason to do that..

The Lux is the basic model the company offers. The Ultra is the company’s best model for home chefs. It was the first model to have an auto-seal lid and turn dial front panel.

If you spend any time in the Facebook groups, you’ll notice most people find room in their kitchen for another Instant Pot. An extra pressure cooker helps you prepare multiple dishes at the same, especially if you like to batch cook. Different sizes allow you to cook smaller side dishes or meal prep for the week in the larger models.

What about you? What are you looking for in an Instant Pot Lux vs Ultra? Are you trying to decide which one to buy?

Welcome to Condo Cooking Fab. I'm Cara and I've been cooking in a condo kitchen for years. Let's help you find the right sizes kitchen appliances for your small kitchen so it can live up to its full potential. 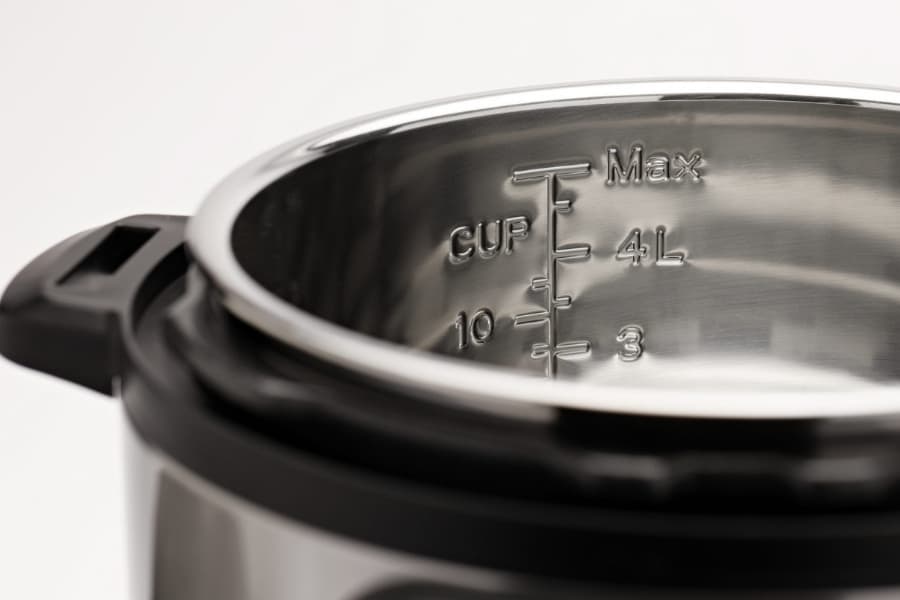 Are you wondering how much an Instant Pot costs and need help comparing the prices between models? Here’s a quick way to view them side by side. If one of the models isn’t displaying, it may be currently out of stock. 3 Quart Instant Pot Prices The following covers the 3 quart Instant Pot Lux,… 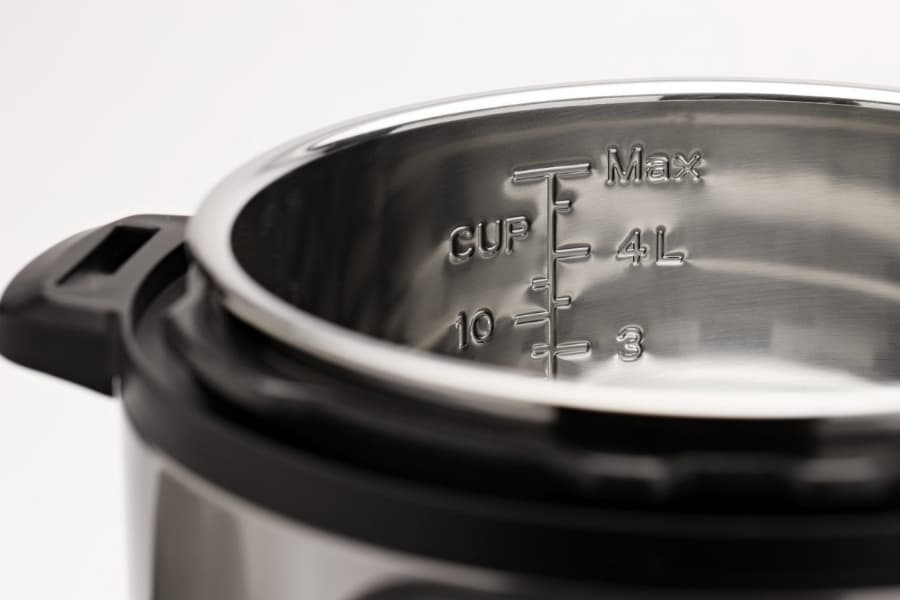 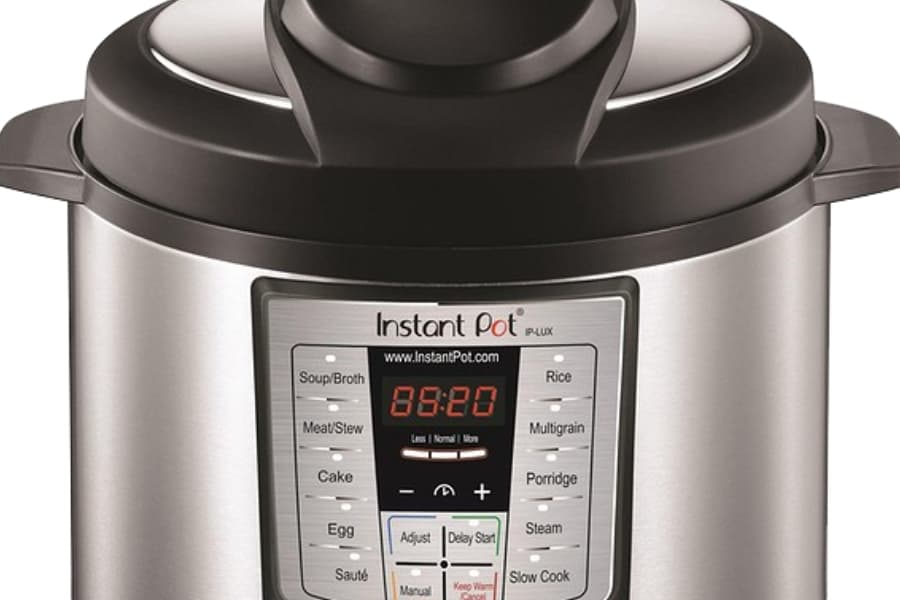 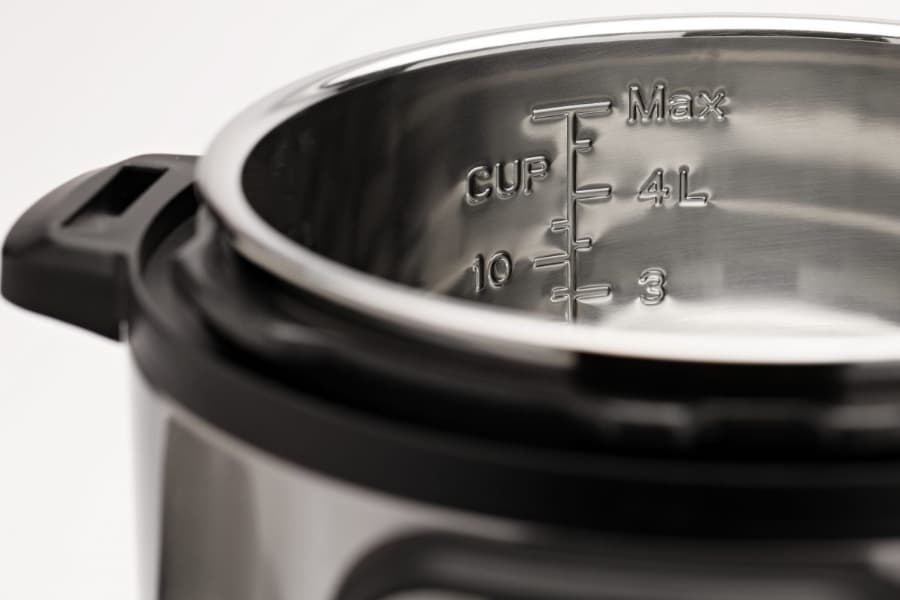 There are multiple differences between the Instant Pot Pro Crisp vs Duo Crisp. Both models combine pressure cooking and air frying into one countertop appliance. The newest model has a few upgrades take make it worth a quick look. Instant Pots are electric pressure cookers designed to be convenient, safe, and dependable. The Instant Pot… 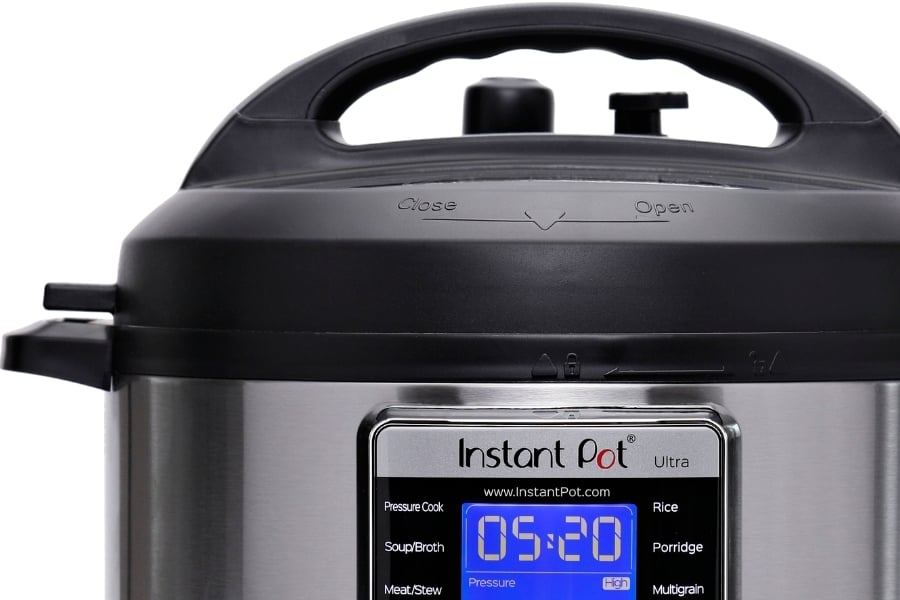 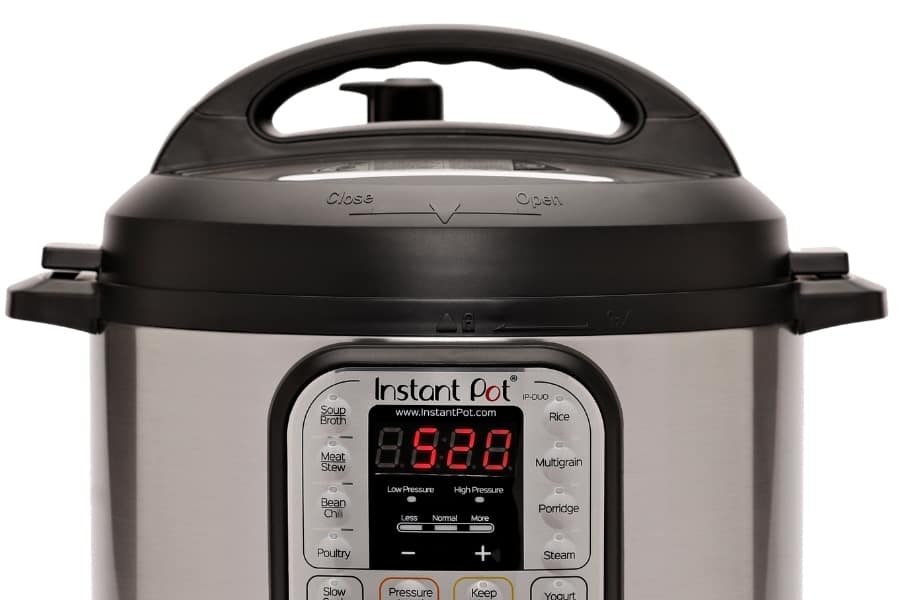